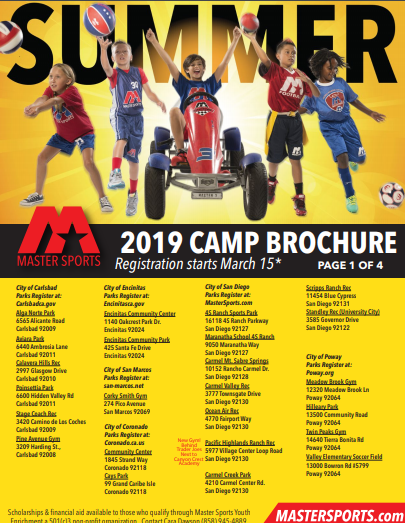 The Hoop56 "bring your own team" format is offered year-round in Carmel Valley.  Due to the differences between Hoop56 and the traditional recreational league, the Hoop56 leagues are dependent on sufficient total team registrations within each division for that season's division to be played.  In order to guarantee a spot in the league, team registration and payment must be completed online prior to the registration deadline of March 17th.  Should any division not reach the minimum total team requirement of four teams per division, any teams that have registered prior to the close of registration will be reimbursed in full.  Any players on those teams would have the opportunity to then register for the traditional recreational league.  However, they would be subject to the skills assessment/draft process, and no pre-formed teams will be allowed to play in the recreational league in any season.

Possible Game Days:  Mondays and/or Thursdays.  Teams should be flexible and capable of playing any or all games on either Mondays or Thursday nights. (We will place teams according to best fit).  During playoffs, other days may also be used for games in all Hoop56 divisions.

TEAMS Make your own team, pick a name, and play basketball in two of the most beautiful facilities in San Diego! Games are on weekday evenings and held in the gyms at Ocean Air and Carmel Valley Recreation Centers. Teams are guaranteed eight games minimum. All communities are welcome to participate.

ENTRY FEE Cost: $900 per team up to a maximum of 10 players. Heavy duty reversible jerseys AND shorts included. Games include seven regular season + playoffs. NOTE: Team registration and payment can only be made via credit card through the MasterSports.com website.  Sign up early to guarantee a spot.

All divisions will have a seven week long regular season, followed by playoffs (all teams advance to playoffs).  The number of teams per division determines how long the postseason lasts.

PICTURE DAY: Will Be Posted Here

Please plan on arriving roughly 30-45 minutes prior to your scheduled game time on your team’s picture day.  You can take an individual photo as soon as you arrive, and a team photo once all players are present.  Any desired pictures/packages must be ordered through the photo company, PBM Images.  If you did not receive a picture order form, you can print one via the PDF listed above.

1. Coaches must submit their complete roster of players through the MasterSports.com website one week prior to the first games of the season.

2. The maximum roster size is ten (10) players per team.  Coaches may submit a request to expand roster size, which may or may not be accepted by the league.  Any player over the maximum number of 10 players must pay an additional $30 per season.

4.  In order to be playoff-eligible, a player must play a minimum of three (3) regular season games.  Any player that does not meet this requirement (even if they are part of the original roster) will not be eligible for playoff games.

5. Fill-in Players: Teams are not allowed to bring non-roster players to fill-in for any games where there are five (5) or more players available from the original roster.  In the event that a team will have four (4) or less players for a game, the head coach must submit a fill-in player request to the league prior to the start of the game.

7. Roster violations (non-roster players participating, players playing down from their intended division, etc.) will result in a forfeit of any games in which the violations occurred, and possible dismissal from the league.

By completing your team registration form and submitting your roster, you agree to follow all of the above roster rules and accept any forfeitures/dismissals from the league resulting from any roster violations.